Cape Banks FHS Inc. is a member of the following organisations: 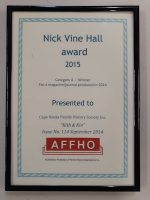 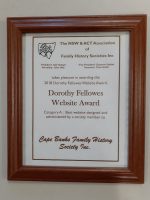 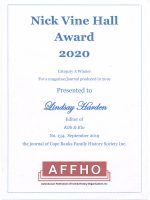 We aim to assist local residents in tracing their family trees and in discovering who their ancestors were and where they lived, worked and played.

We cater for people who are researching their ancestors both here in Australia and overseas.

Through our meetings, workshops, guest speakers, and the wide range of resources and records at our well equipped Resource Library, which includes:

Our Resource collection is constantly growing to meet members’ needs and interests. Begin a fascinating hobby today or even consider becoming a member. Our experienced researchers will help you get started and to keep researching. Cape Banks also has a number of publications which may also be of interest. See also our links to other family history societies and genealogy sites.

2 Curie Avenue, Little Bay, NSW 2036
There is step-free access to our Research Rooms for anyone with mobility issues.

Our monthly meetings are held at the Coast Centre, 2 Curie Avenue, Little Bay on the second Saturday of each month, except for January, at 1.30pm.

On Saturday 11th February 2023, Cape Banks FHS Inc. will have, as its guest speaker, Leonie Bell, talking to our members about “Stannumville: Suburb in the Sand”.

Many people are aware of the canvas and tin shacks that were erected by desperate people on the sandhills of La Perouse and Sans Souci during the throes of the Great Depression of the 1930s. Shanty towns such as these have a long history in Australia, particularly in pioneer and gold mining towns in Victoria and New South Wales during the Gold Rush. However, few will have heard of a News South Wales State Government scheme to house families in a purpose-built tent town during World War 1. Canvas Town, sometimes referred to as Calico Town or Tin Town, was later known as Stannumville and was situated south of Daceyville.