James arrived in the colony on 15th May1839 on the ship “Ann” as an Unassisted Immigrant. He was brought out under an engagement with the Company he worked for and introduced gas light into the colony and this part of the world.

Jabez, Ann and children arrived as Assistant Immigrants on the ship “Siam” on 15 October 1837.

Some of the original writing on the stone quoted “A testimony to the honourable character of Mr Bryan and us in common with his many friends deeply deplores the premature death of so amiable and estimable man.”

This is an interesting stone because,

This side should read this is the 2nd side & SECOND HUSBAND

Erected to the memory of James BRYAN died 15th January 1845 aged 35 years. He was the first to introduce gaslight in this part of the World. He arrived here in 1839 under an engagement with the Company in whose service he died.

The reverse side reads, this is the 1st side & FIRST HUSBAND 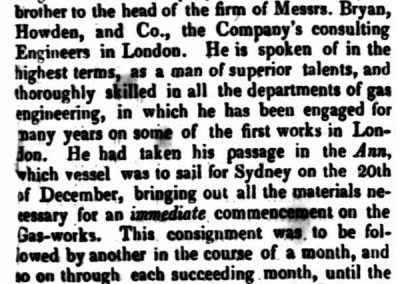 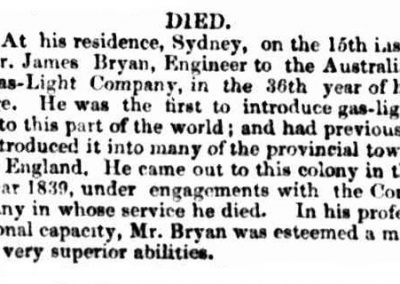