John CADMAN was convicted on 11th March 1797 at the Worcester Assizes for stealing a horse and sentenced to life and transported to NSW.

He was transported aboard the ship “Barwell” which left Portsmouth 7th November 1797 and arrived in the colony on 18th May 1798.

John received his “Conditional Pardon” on 31st January 1814 and an “Absolute Pardon” on 28th November 1821 from Governor Lachlan Macquarie.

He had worked on boats in England, so was put to work in the docks where he continued to work and became Principal Superintendent of Government Boats, which meant he was responsible for maintenance & availability of Naval Officers boats and any Government boats used by convicts for various activities and work on the harbour.

John was the Captain of the Governor’s barge.

John married Elizabeth Mortimer were granted “Permission to Marry” on 16th October 1830. When she was widowed she moved to Nelson Bay Road (now Bronte Rd) Waverley and is reported to have been the first female to vote in the Waverley Council Elections in 1860.

Elizabeth Mortimer arrived in the colony as a convict, arriving on the ship “Competitor” in 1828.

He lived with his family at The Rocks in a sandstone cottage built in 1818 (Now almost 200 years old) at number 110 George Street which is now known as “Cadman’s Cottage”. The home has been used for various other activities since then, by the Water Police, as a Sailor’s home, and now by Sydney Harbour National Trust as a Visitor’s Centre.

He died 12th November 1848 aged 90 years, leaving his wife and her 2 daughters, from a previous alliance. 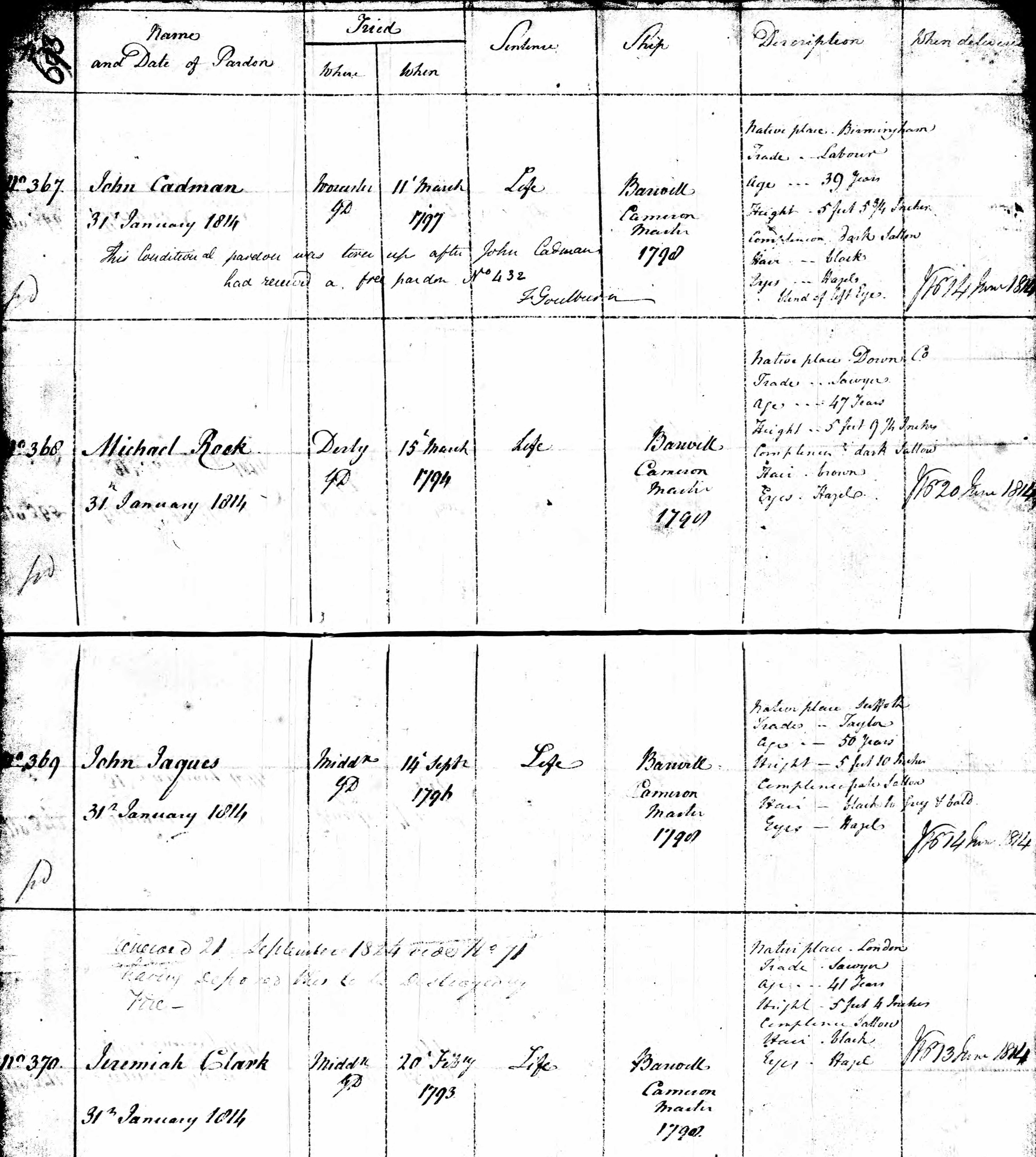 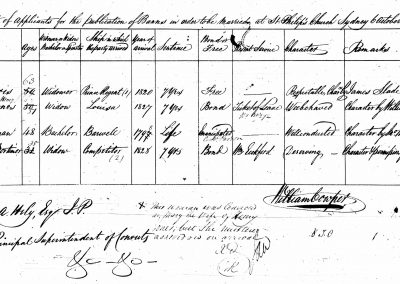 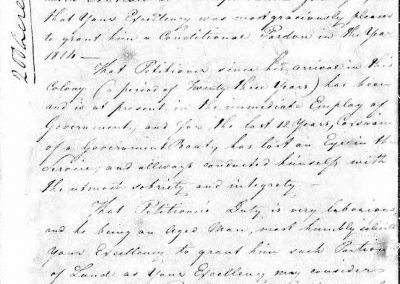 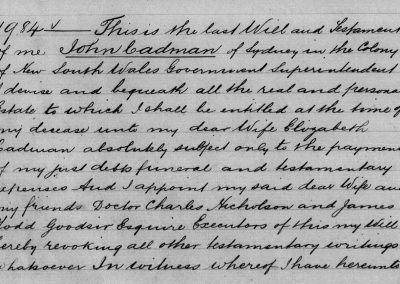 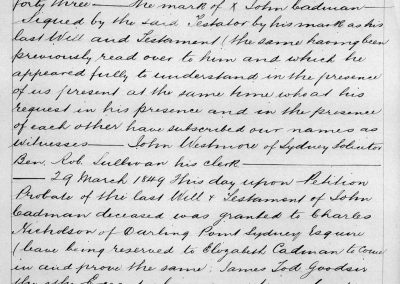