Barnett LEVEY was born 1797 in London. He arrived in Sydney December 1821 aboard the “John Bull”, one of the first free Jewish settlers to do so. He came to join his brother Solomon who by now was a prosperous emancipist and one of the important merchants in the city. Solomon originally owned number 72 George Street (which was also known as Sergeant-Majors Row as many Non Commissioned officers lived in this street) which he sold to Barnett, this is where Dymocks building now stands.

His many occupations included auctioneer, general merchant, banker publican, watchmaker and jeweller, theatre director, manager, theatre owner and a member of one of the first Masonic Lodges in the colony. He also owned land in the Blue Mountains.

In 1827 he built Waverley House” a Georgian style home at what was to become Bondi Junction.

He owned a succession of prosperous businesses which he had to sell to obtain money for his next enterprise.

He had built on the front of his George Street property, creating the Royal HOTEL and by 1826 he had started to interest himself in cultural activities. Barnett also owned some adjacent property where he built the first theatre in Australia named “The Theatre Royal”.

He became ill, tired and worn out by his efforts to make the theatre pay. He leased the theatre to a Mr Wyatt.

He died 2nd October 1837 in what is described as mysterious circumstances leaving a widow and 4 small children.

When probate was granted to his widow his estate did not exceed £500.

He was buried in the Jewish section of Devonshire Street cemetery and the headstone was eventually moved to Botany cemetery with all the other stones to make way for the railway.

The Theatre Royal burned to the ground in 1840 and the name “Theatre Royal” fell into disuse for some decades and it wasn’t until 1875 that the name was used again in Sydney. 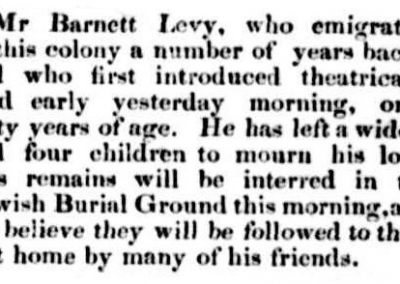 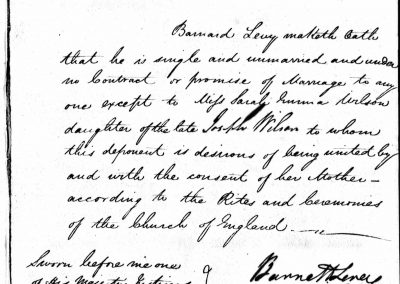 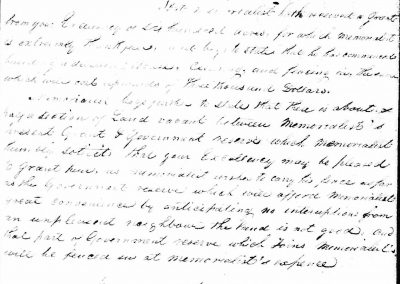 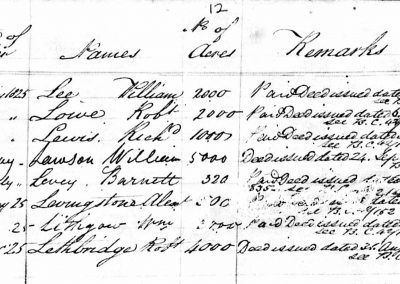 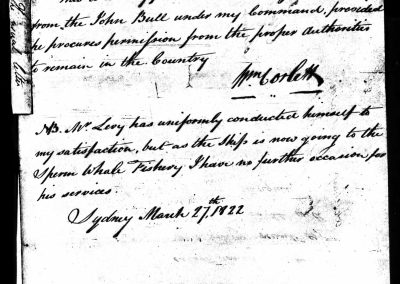