Samuel LYONS was a London tailor when he was convicted of theft and sentenced to transportation to New South Wales for life aboard the “Marquis of Wellington” in 1814 aged 23 years.

SAMUEL LYONS, CHARLES MATTHEWS, and JOHN NIGHTINGALE, were indicted for feloniously stealing, on the 21st of January, a handkerchief, value 5 s. the property of Robert Hurley Goodhall, from his person .

ROBERT HURLEY GOODHALL. I am a broker; I live in St. Swithin’s-lane. I lost a handkerchief on the 21st of January on London-bridge.

Had you been to Cheapside – A. I had; I was returning towards London-bridge; at the time my handkerchief was taken away I felt something shuffle behind me; I turned round, and felt in my pocket; I found my handkerchief gone. I turned round before I got out of the crowd; I observed the prisoner Lyons by me. That is all I know of this business except speaking to the handkerchief.

BENJAMIN JOHNSON. I am a city constable.

Do you know the persons of the three prisoners – A. I do; I know them well. On the 21st I assisted in apprehending them. On the 21st I saw them first in Cheapside about an hour before this matter happened. There is a picture shop at the corner of Honey-lane-market; I saw the three prisoners there. I followed them from there to London-bridge; on London-bridge they came near Mr. Goodhall; he was looking through the ballustrades. I kept out of their sight as much as I could. I saw Matthews and Lyons go close up to the prosecutor. Nightingale stood and leaned on the shoulders of Matthews and Lyons.

In the situation he stood he covered the other prisoners – A. Yes, so as we should not see their hands; it is what we call cloaking them. I saw Matthews and Lyons draw from the gentleman’s pocket a handkerchief, which appeared to me to be a yellow one. I then requested Mr. Hawkins and Matthews to come over with me; I told them they had got it. We immediately went over. I saw the gentleman feel in his pocket after I said they had got it. Matthews took hold of one, Hawkins took hold of another, and I took the third. We seized one each of us.

Did you take them before magistrate – A. We did; it was just before two o’clock in the day time; we took them before the Lord Mayor. I called to the prosecutor; he went with us to the Mansion House. Hawkins has kept the handkerchief ever since.

JOHN LACEY HAWKINS. Q. On the 21st of January what did you observe – A. I first saw the three prisoners on London-bridge.

Did you know the prisoners before – A. Not at that time, only two of them.

When did you see Mr. Goodhall first – A. Not till he extricated himself out of the crowd. I saw Nightingale between the other two prisoners as Johnson has described, leaning upon their shoulders, covering them. Lyons was in the act of going away. Lyons singled himself from the persons that were there. Lyons got out of the crowd the moment Mr. Goodhall put his hand to his pocket. I saw Lyons confused; I catched hold of him from that circumstance. I looked round on my right side; I saw Lyons throw the handkerchief from his right side. I saw him move his arm from his pocket, and I saw him throw the handkerchief on the ground; I picked it up.

Did he ever escape from you – A. No. I am as clear as possibly I can be that the handkerchief fell from Lyons. He singled himself out from the other people that were there. They were taken to the Mansion House, and committed. I have kept the handkerchief ever since. This is the handkerchief.

Mr. Adolphus. Which of the men did you know – A. Matthews and Nightingale.

CHARLES MATTHEWS. I am a City officer. I saw two of the prisoners first in Gracechurch-street; I cannot say I saw the third until Hawkins laid hold of him. The third passed me on Fish-street-hill. I saw Mr. Goodhall after the handkerchief had been taken from him. I apprehended Nightingale. I saw Hawkins pick up the handkerchief. He picked up the handkerchief close to the right side of the man whom he had seized.

to Prosecutor. Is that the handkerchief that was taken from your pocket on the 21st – A. It is. I have had it a twelvemonth.

Lyons’ Defence. I am innocent of it. I was going over the bridge.

Nightingale’s Defence. I was not near the other prisoners at the time.

Matthews’s Defence. I never knew of the transaction until I saw the handkerchief produced by one of the constables.

Lyons called four witnesses, who gave him a good character.

He did not take kindly to the life of a convict and the harsh discipline.

The 1st time he absconded he was recaptured and received corporal punishment then sent to Hobart in 1816. He escaped again and on 24th July1819 he received 200 lashes and sent to Newcastle for 4 years for his part in robbing the Hobart Government Stores.

On 10th May 1822 Samuel Lyon and Mary Murphy were granted “Permission to Marry” by the rites and ceremonies of the Roman Catholic Church. They married on 20th May 1822. Eventually they returned to Sydney, started a new life and opened a small store.

In 1831 he was mentioned by Governor Sir Ralph Darling as a “man in good circumstances, industrious, and respectable in business dealings” and received an “Absolute Pardon” in 1833.

He received a land grant in Fort Street, acquired property in Bridge Street and Bathurst and Newcastle, built homes in Liverpool Street, was involved in Banking and was active in various public affairs.

He sent his 3 children back to England to be educated and the eldest son, George became a barrister in England.

After his wife died 19th April 1832 aged 23 years, he returned to his Jewish faith although his children remained true to the Christian faith (Roman Catholic) for the rest of their lives.

Samuel died 3rd August 1851 and was buried in the Jewish portion of Devonshire Street Cemetery, eventually being transferred out to the Botany Cemetery in 1901. 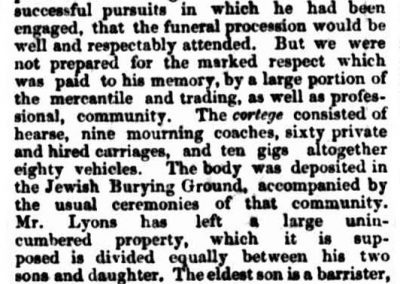 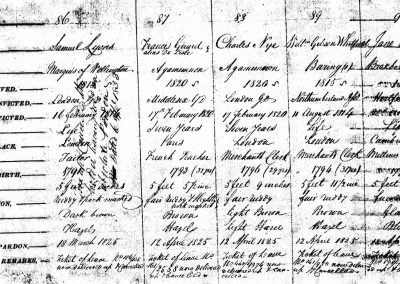 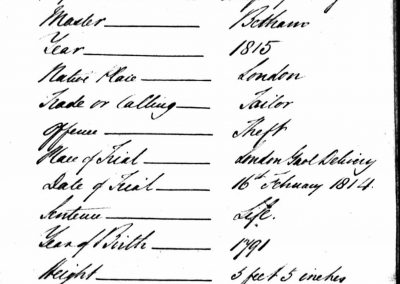 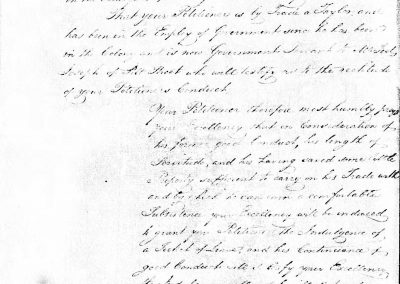 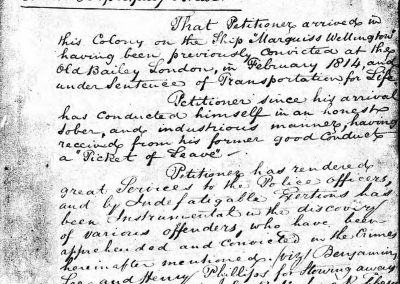 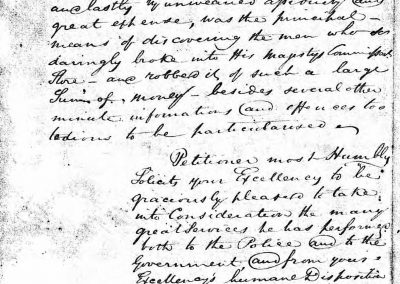 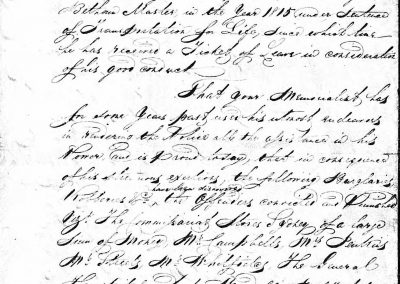 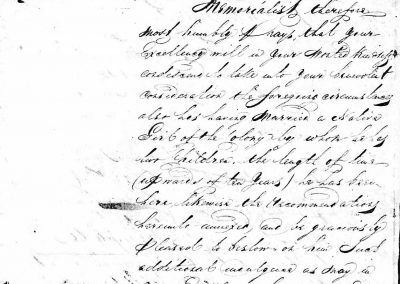 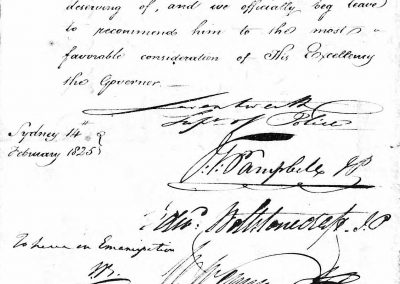 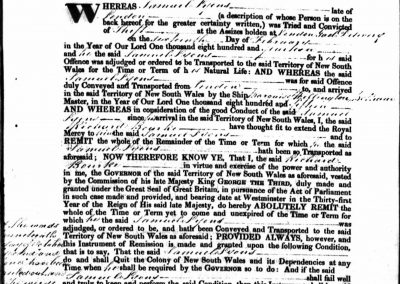 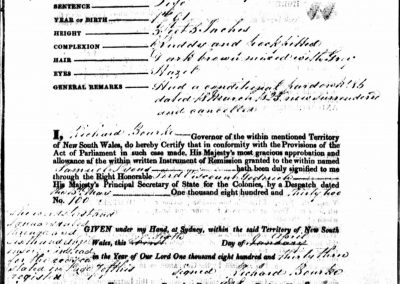 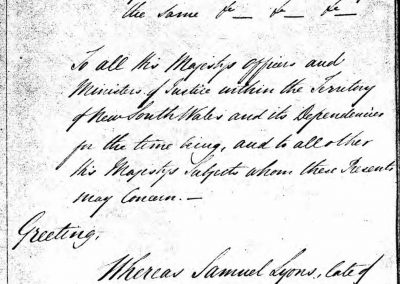 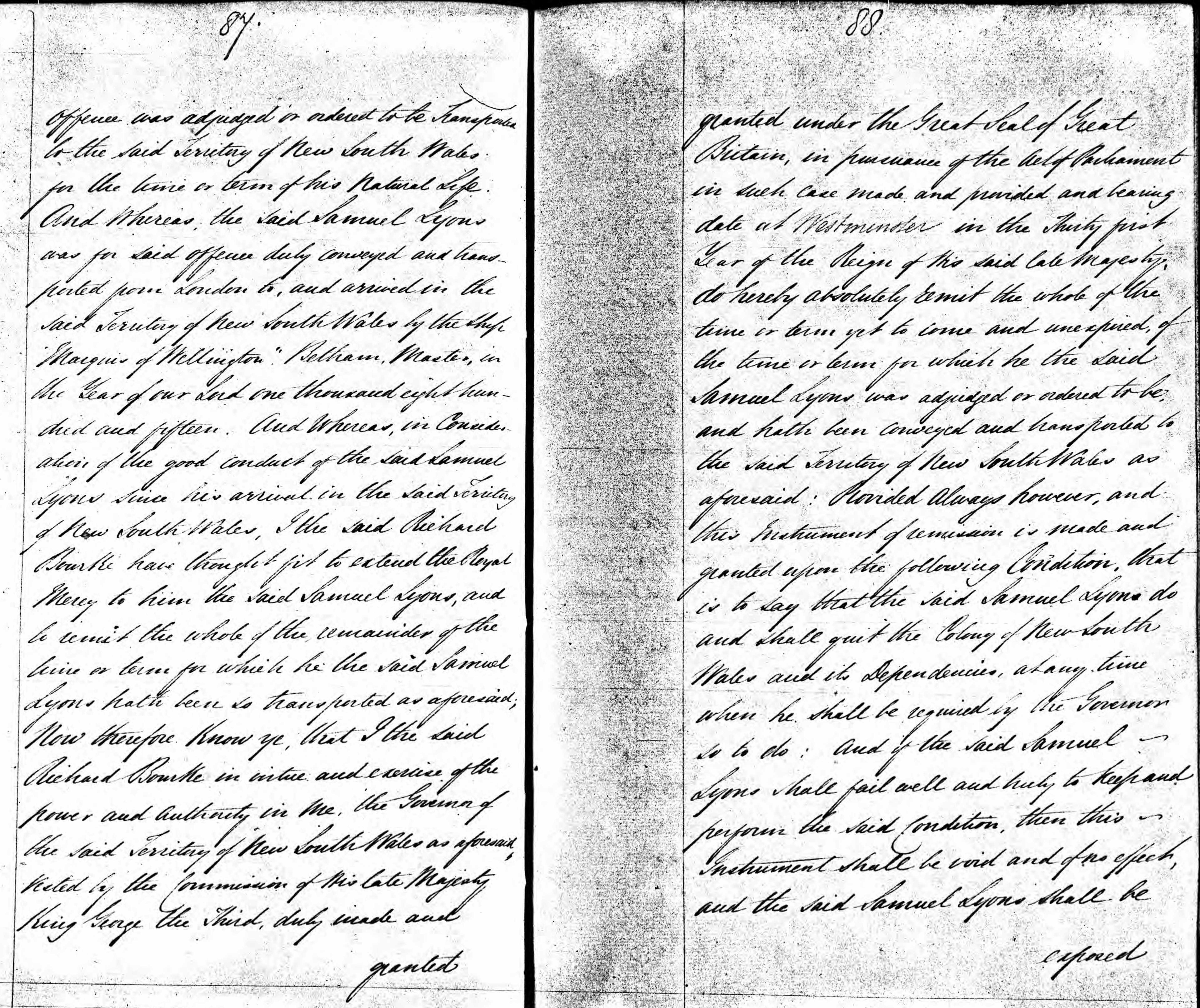