Hugh MURPHY was convicted on 6th January 1834 in County Down, Ireland for the offence of rioting. Hugh could read and write, was single, his trade was a stonemason and he was sentenced to 7 years transportation.

Hugh MURPHY, along with Patrick COYLE, was committed for trial 1st February 1839 at Liverpool, N.S.W. for the offence of “killing with intent”. The trial was held on 6th May 1839 and both were found “not guilty” and discharged.

Hugh MURPHY, along with his brother, Patrick MURPHY, and others, was committed for trial on 15th September 1857 for “stealing stone”. The trial was held on 22nd September 1857 and all found “not guilty”.

Mary SCULLY arrived as a “free immigrant” in 1839 on the “Minerva”.

He was granted Permission to Marry Mary SCULLY on 4th November 1840. They married at St John’s Campbelltown 1840.

Hugh, who had been a building contractor, died 1st February 1859 after a long illness, leaving a wife and 5 of his 8 children still alive.

Also listed on the headstone are:

Bridget, with one of her older brothers and a friend named Sarah SMITH, were walking along Goulburn Street about 8 o’clock, on the evening of Saturday 24th February, when they noticed a man on horseback coming directly towards them. Bridget’s brother tried to pull the girls out of the horse’s way but they were all knocked to the ground receiving various injuries.

Bridget was carried home and a doctor called who found she had injuries to her lower body and symptoms of concussion of the brain and she died early the next morning.

The rider of the horse William COLBY was arrested, taken to Darlinghurst Gaol to await trial on the charge of man slaughter at the next sitting of the Central Court. 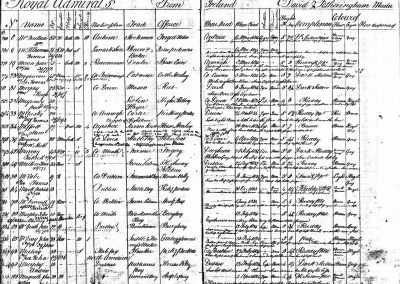 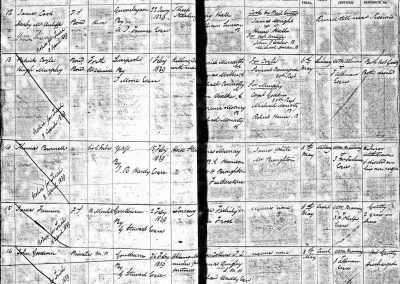 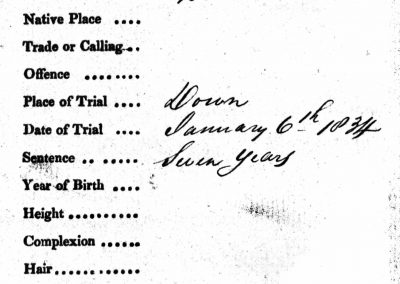 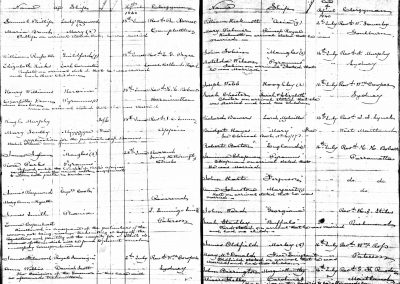 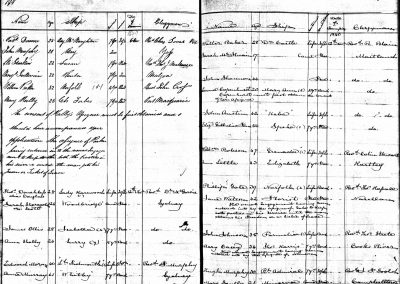